The rain came
in waves
to the desert.
The ground was
as hard as the
concrete sidewalks
and harder than
black-top
roadways.
The rain ran
over the ground
into gullies
carrying desert
debris away
to storm drains
and then down,
down, down.
He watches it all
wash away
and thinks he
will stay
in the desert at
least another day
to watch a flower
bloom, an aquifer
fill and a coyote
lap water from
a puddle along
the way.

So I’m watching a PBS program about
religious pilgrimages. This episode is
about purifying in the Ganges. I hear
the voice of a Hindu guru who has
millions of followers worldwide. I look
up from my dinner in front of the TV and
see this guy in yellow robes who, if he
shaved, would look really familiar. To
me, he doesn’t say anything particularly
profound, mostly a lot of stuff like
Robert Schuller used to say about the
power of positive thinking, but I realize
the guru sounds and looks, if the guru
wore a white coat, exactly like my
allergist, a guy who prescribed just
the right medicine for my asthma. I
wonder if the great Hindu guru moon-
lights as a physician in my home town
in Michigan and then I think if he does,
he, a man of science and medicine, would
never get into that filthy river with
millions of other people because of all
the allergies and infections just waiting
for the those hoards of spiritual pilgrims.
I think he would stand on the bank, turmeric
dyed chiffon robes flowing in the breeze,
mumbling a sacred power of positive
thinking prayer before hoping a
plane to the US.

For Christmas 2014,
his wife bought him
the best poetry ever
seen in 2014.
He had a hard time
getting through the
editor’s pomposity
in the extreme.
It was an omen of
really strange things
to come.
He read through a few
and then he knew,
thankfully, 2014
was soon to be done.

The couple drove into the old,
copper mining town resurrected
as an artists’ colony with
studios on each of three tiers
of what used to be one side of
the mining pit. A grand old
hotel sat on top. When the

miners dug down deep enough,
people planted a garden of homes
and businesses on the terraced
red earth. The only thing
open on Christmas day evening
was a local watering hole
on the first tier, so the couple

parked, told their Chocolate
Lab they would be back soon
and headed for the bar. When
they opened the door the aroma
of no longer fresh sauerkraut,
sausage, boiled potatoes and
fish tacos greeted them. The

big voiced, female bartender
boomed, “Merry Christmas.
Some of us local yokels are
having Christmas cheer and
a potluck. Ya’ll are welcome.”
The couple tested their luck as
they picked gingerly through

the now dead as a duck potluck
and hoisted a few to the not
quite true four-part harmony of
“Jingle Bells.” More than a
few tears were shed several
lines into “Have Yourself a
Merry Little Christmas,” and

after the last fa, la, la, la, la
of “Deck the Halls,” the couple
thanked everybody for Christ-
mas communion on the road.
The man stood outside his
motel room, in the cold, starry,
moonlit night allowing him to

see the silhouette of the mount-
ain range just north of the border.
He thought of the contrast of
the beauty of the mountains
and the violence on the other
side. He thought of Jesus being
born in the desert between the

mountains and the border and
how Jesus would need plenty
of water to survive the trip
with Mary and Joseph all the
way to Tucson. He looked at
his Chocolate Lab and said,
“Peace on earth, good buddy.”

ing lot of McDonalds. The cab
was jam-packed and a chubby,
little girl emerged with her little

dog from lots of stuff in the front
seat. Her dad was looking under
the hood at other stuff. The preach-

on the road. They were coming
from Phoenix and on their way
to Florida to live with his mother.

He had lost his job and their home
and his wife. The preacher said
it was Christmas day and no auto

supply stores would be open to
find such and such stuff for
under the hood. The dad said

he thought he could jerry-rig the
engine and the preacher, after talk-
ing with his wife, paid for a night

at the motel for the dad, his daugh-
ter and the dog. They said good-
bye and when the preacher, his

wife and Chocolate Lab were
about four hours or so down the
road toward Arizona, he called

the motel. The dad and his daught-
er had used the room, took showers,
had a short nap and had headed

out for Florida with their jerry-
rigged, beat-up pickup. The preach-
er and his wife felt really good that,

at least, there had been room for
the dad, his daughter and their little
dog at the inn that Christmas day.

Sitting at a table toward the back of the break-
fast room at the hacienda friendly to dogs was
a black man, white woman and their beautiful,

bronze, baby girl with a pink bow in her hair.
The couple lived a state away but there were
so many relatives converging for Christmas,

they decided a stay at the motel would be best.
There were two elderly white couples sitting
a few tables away from each other;

one couple was from Buffalo, New York and talked
about snow; the other couple just smiled; there
was a family of blacks, mother and father and two

teenage children at a table between the mixed race
couple and the quiet, smiling, elderly, white couple.
A family of five Hispanics came in and

borrowed a chair from the mixed race couple so all
five could sit around the same table. The white,
retired preacher and his wife sat at a table in the

midst of all the others. The preacher was so excited
to see a rainbow coalition of God’s children gathered
in the breakfast room of the hacienda friendly to

asked them questions about traveling on Christmas.
If he felt badly about anything that Christmas
morning, it was that this group wasn’t having

and the single, square slices of processed
cheese, all of which fit exactly on the
English muffins along with

orange juice, milk, coffee and tea would
suffice to share on a Christmas morning
at the dog friendly hacienda.

He stood on the tracks
looking straight into the
conductor’s eyes.
The horn blew and
he saw in his
mind’s eye
what he wanted
to see and heard
only what he
determined to hear —
the clarifying sweep of
the sword
as the conductor called,
“All aboard!” 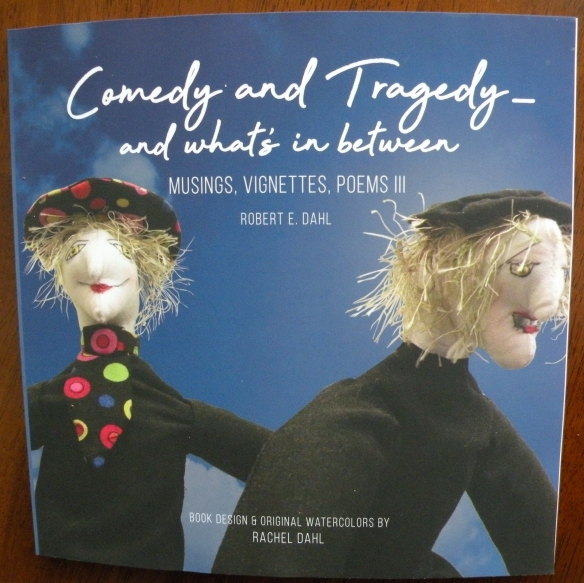 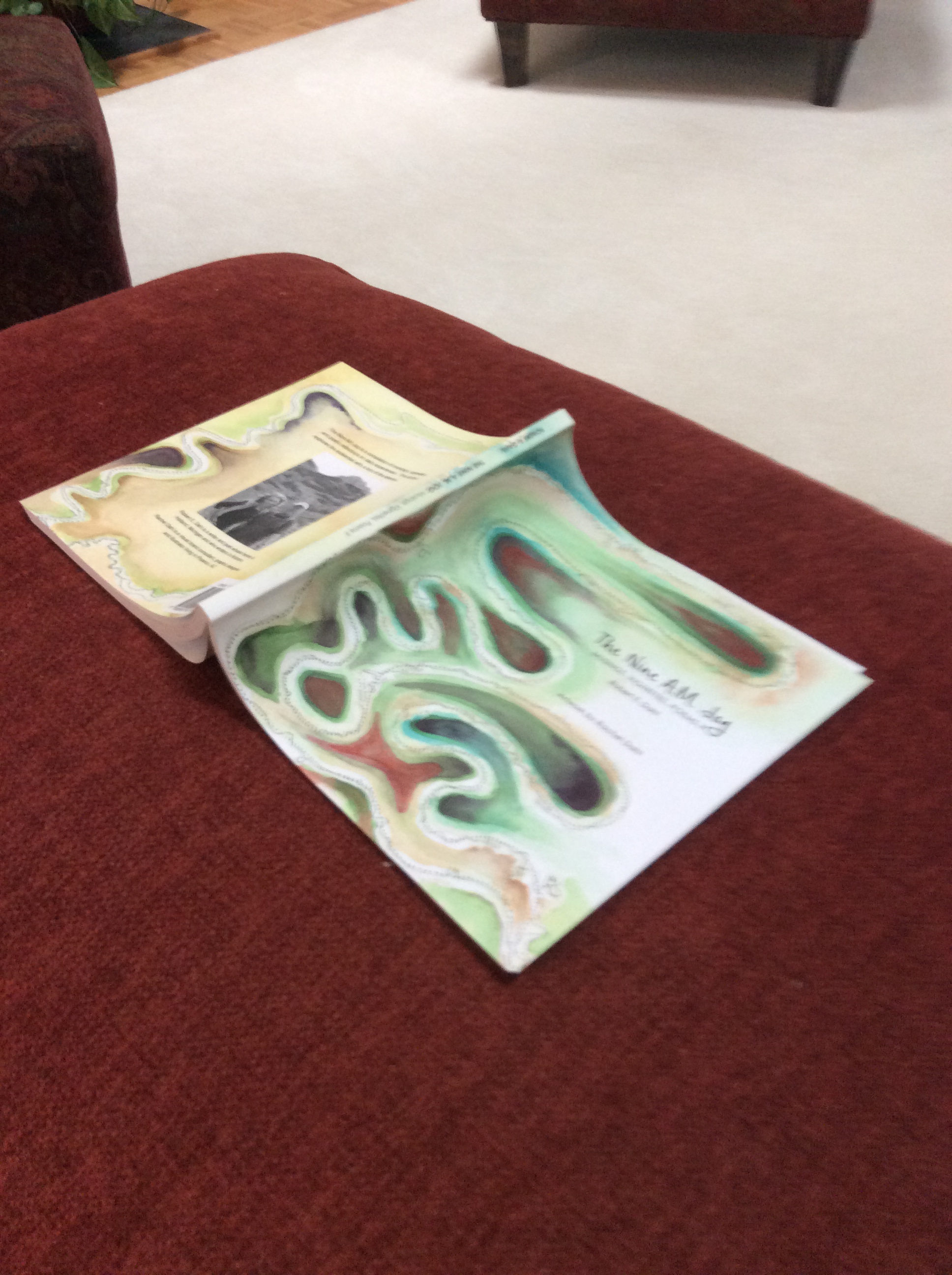